Should You Invest in an Ergonomic Keyboard?

Will AI Ever Replace Actual Artists?

Best Graphics Cards On The Market

How Important Are Hobbies For Children

Art is amazing and with how technology is developing, we see more art created and what is better, more artists finding their way to the scene. Digital art and hosting sites made the internet a great place for upcoming and already existing artists.

There is a worrying trend in technology, however, that artificial intelligence will replace everybody. Factory workers who were doing menial jobs, mostly boring which required repetitive tasks to be completed, have been to an extent replaced by machines. When it comes to art, will artists eventually be replaced by artificial intelligence? Most likely not, but strides were made in that direction.

AIs Who Make Art – A Reality?

There have been various experiments of AI making art, or at least, trying to make art. Feeding artificial intelligence with photos of art from various periods, up to now, enabled it to make some artwork of its own. However, this project failed to make relevant art, because all artists were able to tell that a human did not make it.

This is one of the reasons as to why AIs will most likely not replace artists in the coming years, at least not anytime soon.

It would be silly not to consider machine creations art, if it actually has value and speaks something to us. Every time that new forms of art were made, new ways of making art, there was resistance at first. Given enough time and persistence, not to mention people actually liking the new forms, they would almost always find their footing in the world of art.

If AIs were to start creating art on their own and that art would have any meaning and emotion invoking properties, then it would at some point evolve into its own art-form, style.

It goes without saying that humans keep evolving and creating new forms of art and technology. AIs, as well as various forms of art, were created by humans and it will continue to be like this, for years to come.

This is something which AIs will probably learn, at some point. AIs are still progressing far too slowly, because they need lots of data and because it is a very young science. Given enough time, AIs might become better at some things than humans, but creativity will most likely be stronger in humans than machines. After all, humans did create machines.

Outside a Terminator-like apocalyptic future, the most likely future will see AI artists, as well as human artists in the same world. And even that is a distant future, unlikely to happen anytime soon, given our trajectory of AI development, as well as other priorities. 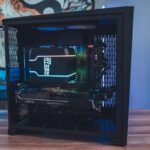 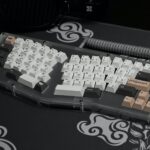